The Old Testament book called “Psalms” is an anthology – a collection of 150 poems or songs. Smaller collections appear in the book of Psalms, such as Psalms 42-49, which are designated as the Psalms of Korah, a grouping likely based on common authorship. Another collection is Psalms 120-134, all designated as the Psalms of Ascents, 0grouped perhaps because of their common usage as pilgrimage songs, as pilgrims ascended to Jerusalem for special occasions. Compiling and arranging our book of Psalms was likely a dynamic process for many years, which resulted in 150 psalms being divided in five books, each ending with a doxology or word of praise. 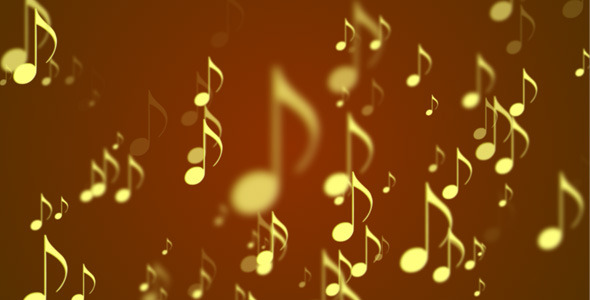 Of the 150 psalms, 116 have titles. Circumstantial evidence beyond the scope of this overview indicates that the titles were not a part of the original writing, but were later additions. The titles provide information such as identifying the psalm with a person or group of people, historical or musical information, or how a psalm was used in Israel’s worship. The psalm titles have a long history and deserve consideration, though we should use them with both care and humility. Since the titles were probably not a part of the original writing, the titles should not be used as the main interpretative factor. Generally, the psalms are historically nonspecific and were applied to various events and circumstances as appropriate in Israel’s worship, and this approach makes it possible for us to use the psalms today and make them our own.

Roughly seven types or genres make up the 150 psalms. Among these, the three most common are hymns of joy, laments, and psalms of thanksgiving. The three psalm-types closely relate to the lives of Israelite worshipers.

1.              When a worshiper’s life and circumstances were harmonious with God, he or she would sing praises to God.

3.              When the lament was answered or resolved, a worshiper would respond with thanksgiving.

Other psalm types include confidence, wisdom, remembrance or historical, and kingship.

Israel’s King David is called “the sweet psalmist of Israel” (2 Sam. 23:1), and the prophet Amos describes him as a composer of songs or an inventor of musical instruments (Amos 6:5). David was a capable musician (1 Sam. 16:17-23) and organized the temple musicians (1 Chron. 25). It is not surprising that David’s name is often associated with Psalms, but he did not write all of them. In the titles, mentioned earlier, David’s name is included in seventy-three of them, but the Hebrew preposition used may mean “by,” “of,” “about,” or “for,” and does not necessarily imply that David is the writer. It seems almost certain that David wrote some of the psalms, but it is not accurate to attribute all psalms to him and then to interpret every psalm as written by David or that it is about some event in David’s life. He was more accurately the patron or sponsor of psalms in Israel instead of the writer of them all.

Worship occupied an important place in the life of ancient Israel, both public and private. Israel’s Law established religious observances ranging from daily to weekly to annually – from daily personal offerings to yearly national festivals. In addition, there were special occasions such as the coronation of a king or the nation’s army departing for war. Psalms were most likely used during these observances and occasions, as well as private and personal settings.

Psalms have a unique ability to speak to our hearts and minds, to express what we may find difficult to express, and to draw us into the worship of God. The psalms are declarations of relationships between people and God. They assume a covenant connection with the Lord and include personal and poignant expressions of this relationship. Both awe and intimacy are reflected in the Psalms – awe at God’s power and glory, His majesty and sovereignty; intimacy with God to stand before Him to praise and complain, to wonder and revere, to confession and adore.

As one writer expresses it, Psalms “contains the whole music of the heart of man” (quoted by Stott, Favorite Psalms, p. 5). Whatever we feel, however jubilant or miserable it may be, there is a psalm that reflects it – triumph and defeat, excitement or depression, joy or sorrow, praise or penitence, wonder or anger. We can bring it before God by means of a psalm, and by making the psalms our own we can learn to honor and adore Him, confess and complain to Him, and fall down before Him and worship.

Audio will be posted as it is available.