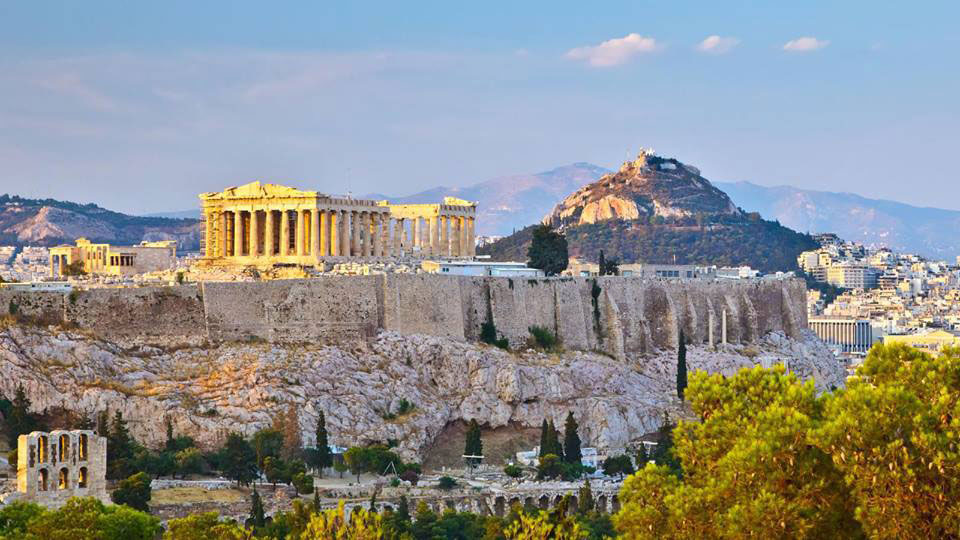 Sequels are sometimes good and sometimes not so good. If a movie comes out and people like it, producers are more than happy to make a sequel or two, three, or more ... anything to draw people in and perpetuate the cash-flow. Luke, who wrote the Gospel bearing his name, also wrote a sequel – not for money but simply because he had more to tell.

The New Testament book called Acts is “actually” a sequel to the Gospel of Luke, and it’s a really good one. Luke summarizes his first work in one sentence – “the first account I composed ... about all that Jesus began to do and teach” (Acts 1:1), and then in Acts, the sequel, he tells the amazing results.

Acts features several first person sections that have come to be called the “we” sections, where the first person pronoun indicates the writer places himself in the action of the story. In other sections of Acts, the author writes in the third person — what “he” or “they” did. In the “we” sections, he writes in the first person — what “we” did, thus placing himself in the number of Paul’s companions. These biographical sections helps us identify the writer of the book.

The companion of Paul referred to in the “we” sections traveled with Paul and made the sea trip to Rome. By comparing the letters of Paul and noting the names of his associates, it is possible to narrow the list of prospects of who might be the man. When you cross off names because they are mentioned in the third person in Acts or because they did not make the journey to Rome with Paul, you eliminate everyone except Luke (Interpreting Acts: The Expanding Church, Everett Harrison, p. 17).

In Colossians 4:14, Paul refers to Luke as “the beloved physician,” indicating that he was a doctor. This coincides with that fact that Luke was an educated and cultured person, capable of writing the accounts. Also, we should note that Luke is most likely the only Gentile writer of a New Testament book, unless the author of Hebrews was a Gentile, which seems unlikely.

Near the beginning of Acts, Luke quotes Jesus’ words outlining the course of the apostles’ work – “but you shall receive power when the Holy Spirit has come upon you; and you shall be My witnesses both in Jerusalem, and in all Judea and Samaria, and even to the remotest part of the earth.” It seems likely that Luke used this geographical program of the gospel as the organizing factor for his account. The content of Acts follows the program of the gospel. We read of the gospel:

This brings us to the themes of Acts. Luke was doing more than presenting history or document-ing where the gospel was preached. He obviously wanted to feature God’s Son and Spirit. Luke shows God’s Son Jesus as the exalted Christ. Peter’s sermon on Pentecost was about Jesus raised from the dead and “exalted to the right hand of God” (2:33). God made the crucified Jesus both Lord and Christ (2:36)! Jesus’ exalted place is expressed in his name – “Salvation is found in no one else, for there is no other name under heaven given among men by which you must be saved” (4:12). Sick people are healed in his name (3:6) and sinners are to be baptized in the name of Christ (2:38). Everywhere in Acts, Luke puts Jesus at the center; Jesus is raised, reigning, and returning.

Luke features not only the Son but also the Spirit. The Holy Spirit is everywhere in Acts, so much that some have suggested the book should be entitled the Acts of the Holy Spirit. He is prominent on Pentecost, filling the apostles and directing their presentation of Jesus (Acts 2). It is interesting to notice clusters of references to the Holy Spirit in ch. 8 at Samaria and in chs. 10-11 at Caesarea; this coincides with Jesus’ strategy for the spread of the gospel in 1:8. Luke shows that the Holy Spirit both directed the preach¬ing of the gospel by guiding chosen men in their work (13:4, 16:6, etc.), intervening more directly and dramatically at strategic points, and being given as a gift to believers (Acts 2:38, 5:32, 19:1-7). ¬

The gospel about the Son and empowered by the Spirit was spoken in the world. The progress of the gospel is Luke’s major theme in Acts. Luke develops this theme in at least three ways.

3)    Luke emphasizes the gospel’s progress is by documenting varying responses to the gospel, with particular emphasis on positive and faithful responses. Luke provides both summary statements of positive responses (2:41, 4:4, 5:14, 9:42, 13:12, 17:4, 18:8) and more extensive records of people becoming Christians.

Finally, Luke shows in Acts that there was opposition, resistance, and refusal at every turn, but this did not stop either the preaching of the gospel or people’s responding in faith and obedience. Everyone was not favor¬able to the message, but preaching the gospel did not stop. It was tenaciously proclaimed and people favorably and faithfully responded to it. This inspires us to do no less today.

Audio will be posted as it is available.